Before diving into the challenges outlined in the problem statement at the beginning of this chapter, it is helpful to first get a lay of the land, which includes a wide array of link technologies. This is due, in part, to the diverse circumstances under which users are trying to connect their devices.

At one end of the spectrum, network operators that build global networks must deal with links that span hundreds or thousands of kilometers connecting refrigerator-sized routers. At the other end of the spectrum, a typical user encounters links mostly as a way to connect a computer to the existing Internet. Sometimes this link will be a wireless (Wi-Fi) link in a coffee shop; sometimes it’s an Ethernet link in an office building or university; sometimes it is a smartphone connected to a cellular network; for an increasingly large slice of the population it is a fiber optic link provided by an ISP; and many others use some sort of copper wire or cable to connect. Fortunately, there are many common strategies used on these seemingly disparate types of links so that they can all be made reliable and useful to higher layers in the protocol stack. This chapter examines those strategies. 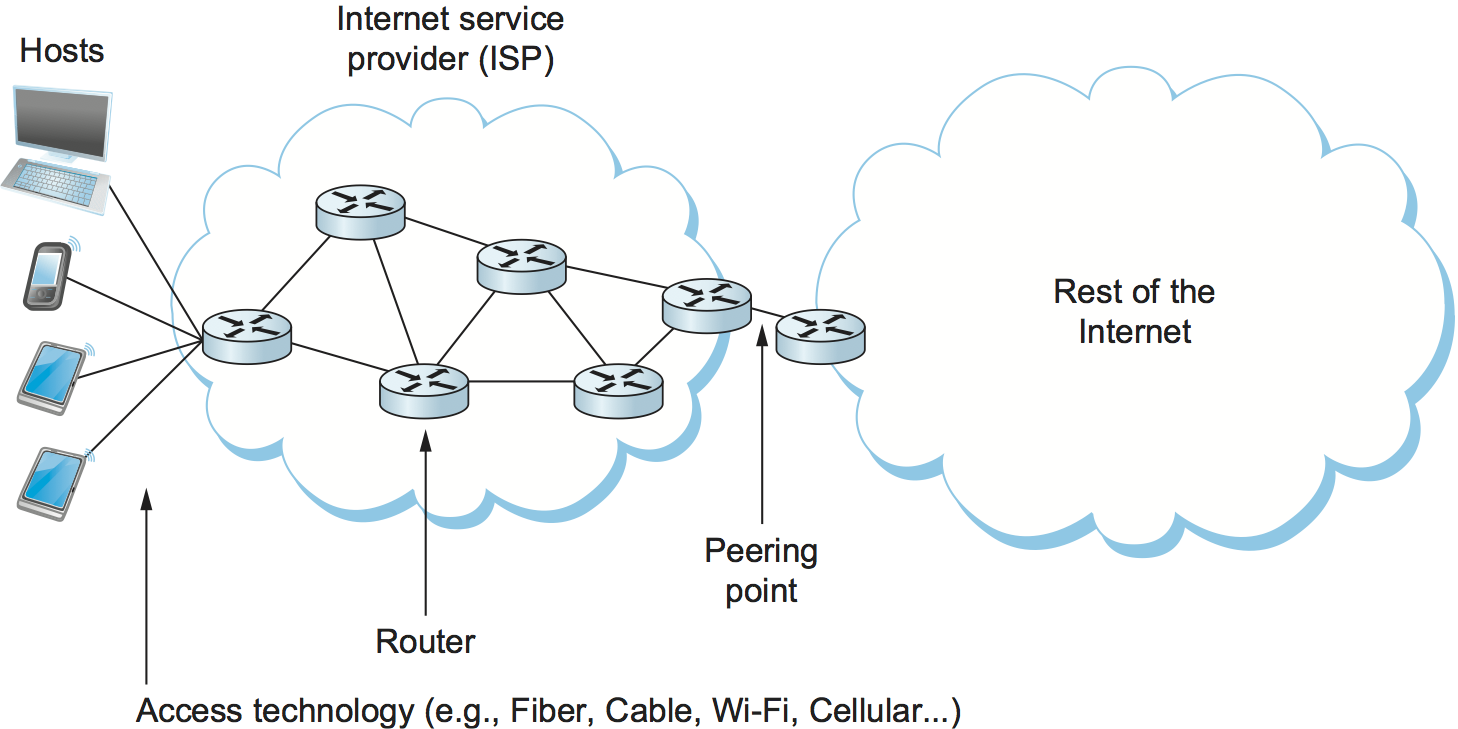 Figure 21. An end-user’s view of the Internet.

Figure 21 illustrates various types of links that might be found in today’s Internet. On the left, we see a variety of end-user devices ranging from smartphones to tablets to full-fledged computers connected by various means to an ISP. While those links might use different technologies, they all look the same in this picture—a straight line connecting a device to a router. There are links that connect routers together inside the ISP, as well as links that connect the ISP to the “rest of the Internet,” which consists of lots of other ISPs and the hosts to which they connect.

These links all look alike not just because we’re not very good artists but because part of the role of a network architecture is to provide a common abstraction of something as complex and diverse as a link. The idea is that your laptop or smartphone doesn’t have to care what sort of link it is connected to—the only thing that matters is that it has a link to the Internet. Similarly, a router doesn’t have to care what sort of link connects it to other routers—it can send a packet on the link with a pretty good expectation that the packet will reach the other end of the link.

How do we make all these different types of links look sufficiently alike to end users and routers? Essentially, we have to deal with all the physical limitations and shortcomings of links that exist in the real world. We sketched out some of these issues in the opening problem statement for this chapter, but before we can discuss these, we need to first introduce some simple physics. All of these links are made of some physical material that can propagate signals, such as radio waves or other sorts of electromagnetic radiation, but what we really want to do is send bits. In the later sections of this chapter, we’ll look at how to encode bits for transmission on a physical medium, followed by the other issues mentioned above. By the end of this chapter, we’ll understand how to send complete packets over just about any sort of link, no matter what physical medium is involved.

One way to characterize links, then, is by the medium they use—typically, copper wire in some form, such as twisted pair (some Ethernets and landline phones) and coaxial (cable); optical fiber, which is used for both fiber-to-the-home and many long-distance links in the Internet’s backbone; or air/free space for wireless links.

Another important link characteristic is the frequency, measured in hertz, with which the electromagnetic waves oscillate. The distance between a pair of adjacent maxima or minima of a wave, typically measured in meters, is called the wave’s wavelength. Since all electromagnetic waves travel at the speed of light (which in turn depends on the medium), that speed divided by the wave’s frequency is equal to its wavelength. We have already seen the example of a voice-grade telephone line, which carries continuous electromagnetic signals ranging between 300 Hz and 3300 Hz; a 300-Hz wave traveling through copper would have a wavelength of

Generally, electromagnetic waves span a much wider range of frequencies, ranging from radio waves, to infrared light, to visible light, to x-rays and gamma rays. Figure 22 depicts the electromagnetic spectrum and shows which media are commonly used to carry which frequency bands.

What Figure 22 doesn’t show is where the cellular network fits in. This is a bit complicated because the specific frequency bands that are licensed for cellular networks vary around the world, and even further complicated by the fact that network operators often simultaneously support both old/legacy technologies and new/next-generation technologies, each of which occupies a different frequency band. The high-level summary is that traditional cellular technologies range from 700-MHz to 2400-MHz, with new mid-spectrum allocations now happening at 6-GHz, and millimeter-wave (mmWave) allocations opening above 24-GHz. This mmWave band is likely to become an important part of the 5G mobile network.

So far we understand a link to be a physical medium carrying signals in the form of electromagnetic waves. Such links provide the foundation for transmitting all sorts of information, including the kind of data we are interested in transmitting—binary data (1s and 0s). We say that the binary data is encoded in the signal. The problem of encoding binary data onto electromagnetic signals is a complex topic. To help make the topic more manageable, we can think of it as being divided into two layers. The lower layer is concerned with modulation—varying the frequency, amplitude, or phase of the signal to effect the transmission of information. A simple example of modulation is to vary the power (amplitude) of a single wavelength. Intuitively, this is equivalent to turning a light on and off. Because the issue of modulation is secondary to our discussion of links as a building block for computer networks, we simply assume that it is possible to transmit a pair of distinguishable signals—think of them as a “high” signal and a “low” signal—and we consider only the upper layer, which is concerned with the much simpler problem of encoding binary data onto these two signals. The next section discusses such encodings.

Another way to classify links is in terms of how they are used. Various economic and deployment issues tend to influence where different link types are found. Most consumers interact with the Internet either through wireless networks (which they encounter in coffee shops, airports, universities, etc.) or through so-called last-mile links (or alternatively, access networks) provided by an ISP, as illustrated in Figure 21. These link types are summarized in Table 2. They typically are chosen because they are cost-effective ways of reaching millions of consumers. DSL (Digital Subscriber Line), for example, is an older technology that was deployed over the existing twisted pair copper wires that already existed for plain old telephone services; G.Fast is a copper-based technology typically used within multi-dwelling apartment buildings, and PON (Passive Optical Network) is a newer technology that is commonly used to connect homes and businesses over recently deployed fiber.

And of course there is also the mobile or cellular network (also referred to as 4G, but which is rapidly evolving into 5G) that connects our mobile devices to the Internet. This technology can also serve as the sole Internet connection into our homes or offices, but comes with the added benefit of allowing us to maintain Internet connectivity while moving from place to place.

These example technologies are common options for the last-mile connection to your home or business, but they are not sufficient for building a complete network from scratch. To do that, you’ll also need some long-distance backbone links to interconnect cities. Modern backbone links are almost exclusively fiber today, and they typically use a technology called SONET (Synchronous Optical Network), which was originally developed to meet the demanding management requirements of telephone carriers.

Finally, in addition to last-mile, backbone, and mobile links, there are the links that you find inside a building or a campus—generally referred to as local area networks (LANs). Ethernet, and its wireless cousin Wi-Fi, are the dominant technologies in this space.

This survey of link types is by no means exhaustive, but it should have given you a taste of the diversity of link types that exist and some of the reasons for that diversity. In the coming sections, we will see how networking protocols can take advantage of that diversity and present a consistent view of the network to higher layers in spite of all the low-level complexity and economic factors.